Return of polio virus to UK and USA: vaccination and surveillance the winning tools to tackle the virus

On the threshold of the thirty-fourth anniversary of the Global Polio Eradication Initiative (GPEI), the recent events call to mind past fears: polio is still present. In fact, although declared eradicated in Great Britain back in 2003, the polio virus was recently detected in the capital's sewage system. Following London, the virus was also detected in New York. Health authorities are consequently reminding people who have not been immunised to be vaccinated as soon as possible. 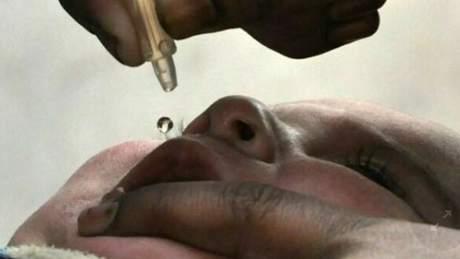 Over the years, a number of pivotal initiatives have been implemented around the world to increase consciousness about the importance of suppressing any polio outbreaks, raising public and institutional awareness about a disease that is all too often forgotten. However, despite the fact that the African Region was also declared free of the wild poliovirus in 2020, polio is, unfortunately, still a sad reality that continues to claim numerous victims in terms of both disability and mortality.

Polio, in fact, is a serious infectious disease of the central nervous system that mainly affects the motor neurons of the spinal cord. The disease occurs as a result of infection with the polio virus (types 1, 2 and 3), which only infects humans. Contagion occurs via the faeco-oral route, through the ingestion of contaminated water or food, or through saliva and droplets emitted in coughs and sneezes by sick or asymptomatic carriers. The disease mainly affects children under the age of five, inducing paralysis that can be fatal in severe cases.

Despite the enormous progress of medicine in the field of vaccination, which we are witnessing today more than ever in the form of anti-SARS-Cov-2 vaccination, which has enabled the containment of the COVID-19 pandemic, the reappearance of polio in polio-free countries not only continues to remain a potential event for as long as there are places where the disease is present and widespread, but, given recent events, a tangible and realistic one.

Firstly, in February 2022, just two years after polio eradication was declared in the African region (after Cameroon and Nigeria, the last countries where cases had been detected, had not recorded any polio outbreaks for more than three years), the health authorities in Malawi ascertained the case of a three-year-old girl infected with the wild poliovirus and left paralysed (according to WHO, the strain of the virus identified in the child was type 1 - WPV1).

Subsequently, there were polio outbreaks in Ukraine which started in 2021 and is still ongoing, and a case in Israel, recorded in March, the first since 1989.

Just a few months ago, the polio virus was detected in a sewage treatment plant in Beckton, London, and concern is also growing in New York over hundreds or even thousands of possible undiagnosed polio cases after a health official raised the alarm after an unvaccinated man was paralysed by the virus in Rockland County last month. Thus, New York health authorities are urging the unimmunised population to get vaccinated without delay.

All children between the ages of one and nine years living in London (around one million) will be offered the polio vaccine booster, while in New York vaccination campaigns have already begun for all unvaccinated people and those who have not yet completed the primary and/or booster vaccination cycle.

Since there are no drugs that can cure this disease, the only line of defence is through preventive vaccination, and in this regard it is worth remembering that thanks to mass vaccination campaigns, polio cases have fallen by 99.9% since 1988. Over the last two years, however, the lockdown imposed by the COVID-19 health emergency in the pre-vaccination era as well as the persistent ethnic and religious barriers in the very countries where polio outbreaks persisted, prevented polio vaccines from reaching every child, thus contributing to a new rise in disease cases. In 2020 alone, 1,226 cases of all forms of polio were recorded compared to only 138 in 2018.

This, added to the lack of awareness and the rampant phenomenon of Vaccine Hesitancy has hindered the progress of polio eradication especially in the two countries with the highest number of reported wild poliovirus cases: Pakistan and Afghanistan.

Both countries, in fact, experienced a spike in cases during 2020 after polio vaccination was suspended to make way for the anti-COVID-19 vaccination campaign and protect communities from the severe burden of the pandemic.

After the recent events, Italy too is preparing to intensify surveillance activities in order to identify possible cases of polio due to wild poliovirus.

In fact, while the cardinal principle of polio eradication is maintaining high polio vaccination coverage, the safeguarding polio-free status is guaranteed by Surveillance. Currently, the Surveillance of Acute Flaccid Paralysis (PFA) and the Surveillance of Poliovirus Circulation in the Environment are active in our country.

The former is carried out through a network of regional referents, who maintain periodic contact with the major hospital centres, in order to identify any case of PFA regardless of aetiology, in hospitalised subjects under 15 years of age and any case of suspected poliomyelitis in people of all ages. When a case of PFA occurs, the Hospital Centre concerned, in addition to carrying out routine clinical-diagnostic investigations, arranges for biological samples to be taken and sent to the National Reference Laboratory (NRL) at the ISS or to the Regional Sub-National Laboratory (LSN) where present, and is required to inform the Regional Reference Centre. In addition, the case must be simultaneously reported to the Ministry of Health and to the ISS.

Since 2005, in accordance with WHO guidelines, the ISS has also been carrying out Surveillance of the Circulation of Polioviruses in the Environment by monitoring waste water entering purification plants.

The Strategic Plan 2022-2026, especially in the current context, underlines the urgency of putting polio eradication efforts back at the forefront by proposing a comprehensive series of strategic programmes with this aim including: i) routine immunisation and partnership-building with high-risk communities; ii) integrating anti-polio activities with essential health services; iii) implementing new innovative tools, such as digital instruments to frontline health workers, in order to further improve the impact and efficiency of anti-polio campaigns.

In this context, Vaccinarsinsardegna.org calls even more firmly for conscious adherence to the vaccinations and vaccination reminders programmed in the vaccination schedule. In this regard, we remind users that the polio vaccine schedule for our country provides for the administration of three doses of inactivated polio vaccine (IPV) during the first year of life, with a further two booster shots in the 6th year and between the 12th and 18th years of life.

Keep in touch with our website so as not to miss any future updates.