The Italian Ministry of Health, urged by the World Health Organisation (WHO), drafted the ‘Plan for a prompt response to a possible reintroduction of poliovirus (PV) or poliovirus epidemic’. The purpose of the document is to define, prepare and coordinate the actions to be taken in view of a possible outbreak of PV, both wild and vaccine- derived (VDPV), in order to prevent its spread within 120 days of confirmation of the first case of infection. 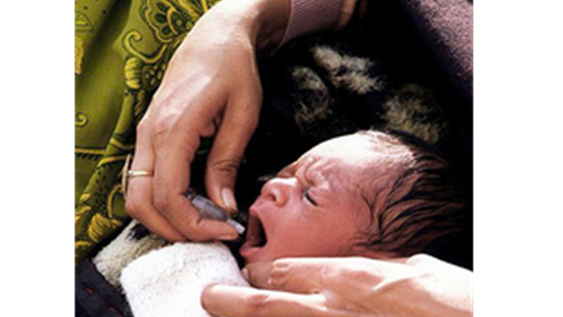 Since 1988, when WHO set the goal of eradicating the polio virus, considerable progress has been made. These include the policies and planning of surveillance activities established by the Ministry of Health (for the maintenance of a ‘Polio-Free State’, with the cooperation of the Regions and the Higher Institute of Health (ISS) . Today, Poliomyelitis is endemic in few countries: Pakistan, Afghanistan and Nigeria (for WPV1), Papua New Guinea (for cVDPV1) and Somalia (for cVDPV3). However, the persistence of epidemic outbreaks, even if located in geographically confined areas, poses a risk for the global population, a risk greatly amplified by international migration flows and by population movement, for familial, social, economic or cultural reasons, or in the context of displaced populations and of returned refugees.

Furthermore, despite the efforts and progress made by the various countries, in recent years there have been several outbreaks of poliovirus (PV) infections, especially in Central Asia and Central Africa.

Therefore, if the cardinal principle of eradication is the maintenance of high anti-polio vaccine uptake, the guarantee of preserving polio-free status is certified by the Surveillances, on the basis of which ministerial documents are established. In fact, in March 2014, having recognised the urgency of the issue and the need for international coordination to better address the risks described, the Polio Working Group was set up with the task of identifying and monitoring intervention actions to guarantee and maintain polio-free status.

Currently, in Italy Acute Flaccid Paralysis (AFP) Surveillance and the Environmental Surveillance of Poliovirus Circulation are active. The former is carried out through a network of regional referents, who maintain periodic contact with the major Medical Centres, in order to identify every case of PFA, regardless of its aetiology, in hospitalised patients under the age of 15 and in any suspected polio case in people of all ages. On the occurrence of PFA, the Medical Centre concerned, in addition to performing routine clinical-diagnostic investigations, prepares the collection of biological samples to be sent to the National Laboratory (LN) of reference at the ISS or the Regional Sub-National Laboratory (LSN) where present and is required to notify the Regional Reference Centre. Furthermore, the case must be reported simultaneously to the Ministry of Health and to the ISS.

Since 2005, in accordance with WHO guidelines, the ISS also carries out the Environmental Surveillance of Poliovirus Circulation by monitoring waste water entering purifiers.

It is important to emphasise to users that for both Surveillances, the Directorate for Hygiene and Control of Hospital Infections of University Hospital Sassari, headed by Prof. Paolo Castiglia has been designated as a Regional Reference Centre to which all reports must be sent from the identified satellite centres throughout the region . The data provided so far make it possible to contribute to the global polio-free status certification, although it is necessary to indicate the elements of concern that led to the drafting of the two documents attached.

Historically, the Ministry of Health has published online the vaccination coverage at 24 months, intended as the proportion of children born in a certain year who are adequately vaccinated at the time of the survey (for example, the coverage of children born in 2013 is calculated on vaccinations completed on 31 December 2015 and calculated in 2016). Since 2016, vaccination coverage has also been published at 36 months to update the coverage data relating to the cohort already monitored the previous year at 24 months (this data is useful to assess the number of children who were behind schedule at the previous year’s vaccination survey but had now caught up, albeit late). Since 2017, the coverage for vaccinations carried out during adolescence has also been published, and in particular: boosters against diphtheria, tetanus and pertussis; possible catch-up (1st and/or 2nd dose) of measles-mumps-rubella vaccination; anti-meningococcal C and tetravalent ACYW vaccine (used alternatively); Hepatitis A vaccination. Detection is performed on two cohorts: sixteen-year-olds and eighteen-year-olds.

As seen in the attached tables, Sardinia has always shown one of the highest anti-polio coverage values in Italy. In light of the risks reported by WHO, it is important to draw people’s attention to the problem so that adequate childhood uptake is maintained and booster doses are taken in adolescence, as required by the National Vaccine Prevention Plan 2017-2019 and as mentioned in the vaccination calendar proposed by the scientific societies published on the national VaccinarSì website.

In this context, Vaccinarsinsardegna.org reiterates that the vaccination schedule foresees the administration of 3 doses of inactivated polio vaccine (IPV) during the first year of life, with two additional booster doses: one in the 6th year, and one between the 12th and 18th year of life.

We invite all users to stay connected to our site so as not to miss future updates.