Flu vaccine and immunotherapy: a possible weapon in the fight against cancer

The basic principle behind the use of immunotherapeutic practice consists in altering the anatomical environment in which tumours proliferate, prompting the patient’s immune system to fight cancer cells, thus reducing their number and aggressiveness. New experimental approaches that make use of anti-influenza vaccination show how the combined action of the flu vaccine, used in association with immunotherapy, leads to an even more significant reduction in tumour masses. 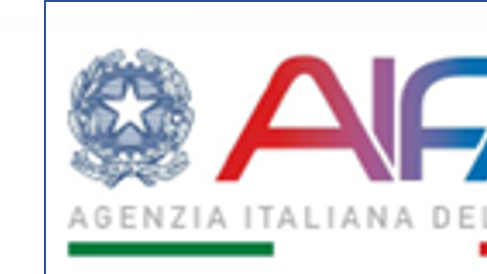 Vaccine therapy, also defined as "specific active immunotherapy", is an extremely innovative therapeutic treatment, the ultimate aim of which is to direct the cancer patient’s immune system to act against the cancer cells.

This therapeutic approach, widely used in clinical practice over the past two decades, thanks to the considerable progress of scientific research, has revolutionised modern cancer therapies.

The process that governs the mutual influence existing between the tumour pathology and the patient's immune system, is an extremely complex matter. This is why in-depth knowledge of the immunological mechanisms that regulate tumour-host interaction is fundamental in the study of more appropriate and constantly evolving therapeutic treatments.

Among these, vaccine therapy certainly represents one of the most innovative approaches in oncology; in fact, by acting on the specific recognition of neoplastic cells by the immune system, it is able to generate cellular and/or antibody responses designed to eliminate mutated cells by direct action on tumour-specific antigens.

In the field of primary prevention, vaccinations are unquestionably and unequivocally the only effective tool for preventing the onset of infectious diseases.

With the exception of cervical carcinoma and hepatocellular carcinoma, for which the HPV and anti-HBV vaccines, respectively, can be used for preventive purposes (i.e. for the purpose of preventing infection by the infectious tumour-causing agent), in oncology , vaccines are not so much used to prevent the onset of the tumour, but rather to treat patients who are already affected.

In oncology, in fact, the vaccine used for therapeutic purposes (therapeutic vaccine) does not aim to prevent the onset of the tumour, but rather to treat the affected patients. In fact, the aim of vaccine therapy is to stimulate the anti-tumour immune response of the cancer patient through the use of tumour agents that are administered in different forms and in different sites. This means that the immune system is trained to fight the existing tumour pathology by reinforcing the defensive and protective action for which it is physiologically programmed.

Most of the clinical data available in the academic literature describe the results relating to the use of anti-tumour therapeutic vaccines with reference to cutaneous melanoma which, thanks to our in-depth immunobiological knowledge about its neoplastic cells, represents the main model for the clinical trial of therapeutic vaccines. Nonetheless, various immunotherapeutic approaches are currently active in phase II and phase III clinical studies in patients suffering from other neoplastic forms such as lung cancer, prostate cancer, kidney cancer, breast and ovarian cancer and hematopoietic pathologies.

However, this approach does not always manage to produce significantly positive changes in the regression of tumour pathology: indeed, tumours are often capable of evading our immune system by suppressing its defensive ability. The causes of this phenomenon can be manifold: among these, of particular importance, is the ability of neoplastic cells to adapt to an unfavourable microenvironment avoiding immune surveillance and, equally important, the cancer patient’s compromised immune system and consequent immunodeficiency. In fact, some tumours defined as "cold tumours" do not contain immune cells and, by virtue of their intrinsic characteristics, manage to make themselves invisible to these. In this regard, a team of researchers from the Rush University Medical Center in Chicago tested a way to convert this type of cancer into "hot tumours", that is, neoplastic forms which are more recognisable to the immune system and, consequently, more sensitive to treatment.

In particular, studying the National Cancer Institute database, the authors realised that lung cancer patients hospitalised for lung infection due to the influenza virus lived longer than patients hospitalised for the same tumour who did not have flu pathology. Similar "clinical" outcomes have been observed in animal models with the same two-fold condition; the immune response against the flu, therefore, seemed to provide an advantage in the fight against cancer.

Starting from this basic hypothesis, the researchers assumed that the immune response against the flu, whether due to natural infection of the flu viruses, or artificially induced by the flu vaccine, could have some positive effect on the slowdown of tumour growth. Therefore, in order to investigate this phenomenon, they administered a vaccine against seasonal flu (stripped of adjuvant components), by intratumoral injection into the cutaneous melanoma of an animal model. Following injection of the vaccine preparation administered directly into the tumour, it was observed that not only did the vaccine provide protection against lung infection from influenza viruses, but also caused a slowdown/reduction in the tumour mass. The administration of the vaccine, in fact, had led to the production of immune-stimulating cells which in turn prompted the T-CD8 lymphocytes in loco, whose function is to fight/eliminate the cancerous cells.

The team of researchers also gave the same treatment to an animal model of triple negative metastatic breast cancer (the most difficult breast cancer to treat as it lacks specific target proteins), obtaining equally encouraging results: injection into the main tumour (triple negative metastatic breast cancer) in fact led to a reduction in growth and in the spread of metastases. In addition, the researchers tested five different flu vaccines used in the 2017-2018 season on the animal model, and of these, four out of five vaccines reduced the extension of the tumour, while the fifth led to the same result only after the removal of a synthetic adjuvant that acted indirectly on the immune system.

Researchers are now focusing on flu vaccines which are already approved by the American Food and Drug Administration, used by millions of people and already proven safe on patients, including children over six months of age and cancer patients. Clinical trials usually take at least 8-10 years to complete, but by using a flu vaccine which has already been approved and is widely used, the human testing period could be significantly reduced.

Based on the current FDA approval, according to the researchers, this important discovery could be quickly brought to patients who are refractory to immunotherapy.

Moreover, the indirect action of vaccination on the generalised strengthening of the immune system had already been highlighted in relation to measles vaccination which, in addition to preventing the disease and its long and short term consequences, generates a "non-specific" stimulation of the immune system thus bringing about a decreased susceptibility to infections.

In this context, the team at Vaccinarsinsardegna.org wish to reiterate even more emphatically the value of all vaccinations, from the routine ones in childhood to those specifically aimed at the elderly, and including those dedicated to adolescents and those recommended in adulthood.

Never as much as now, has a conscious adherence to immunisation programmes by the entire population been so essential in the challenges constantly, and sometimes unexpectedly, faced by Public Health. In fact, tools such as vaccines constitute an important and irreplaceable lifesaver, a formidable weapon of prevention against the spread of infectious diseases, their complications, against certain oncological pathologies of viral origin and, in the near future also in the treatment of oncological diseases both directly with specific active immunotherapy and indirectly in immunotherapeutic practice.