Measles, a disease that should not be underestimated

"The ground for the global measles epidemics we are witnessing today was deposed years ago" said Henrietta Fore, executive director of UNICEF. On the occasion of World Immunization Week, Vaccinarsinsardegna.org considers it essential to reiterate the importance of the measles vaccine. 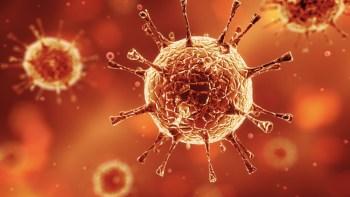 Between 2010 and 2017, over 21 million children peryear worldwide did not receive the first dose of the measles vaccine, an estimatedtotal of 169 million children. The increase in the number of unvaccinated children has created the conditions for the epidemics that are currently spreading: in the month of February 2019 in Europe alone there were more than a thousand cases.

In low-income countries, the lack of access to vaccinations and poor health systems are the main causes of non-vaccination, while in developed countries the fear of vaccination and the low-risk perception associated with the disease are determining factors.

In the first three months of the year, there were 557 cases of measles reported in Italy: 177 in January, 170 in February and 210 in March, with an incidence of 36.8 cases per million inhabitants. The lack of an adequate level of vaccination coverage over the years has created pockets of unvaccinated citizens who constitute a possible propagation reservoir of the pathology despite the fact that the vaccination uptake has increased in the last year, above all due to the policy of health protection promoted by the Legislative Decree 73 of 7 July 2017.

For 31% of patients there was at least one complication, including two cases of encephalitis and one 45-year-old adult who died of respiratory complications. The development of a complication in one third of measles cases is widely reflected in the national and international literature.

The vaccination, unlike the disease, is very safe and the possible adverse reactions are mainly transient and mild, with redness at the injection site in 17-30% of cases, temporary joint pain in 25% of cases (due to the attenuated rubella virus contained in the vaccine), fever in 2-10% of cases or a mild rash in 5%. In this regard, the recent AIFA report (attached below) shows that 80% of the reports made in 2017 were classified as "not serious" (75% for compulsory vaccines only) in line with previous years.

Reports of suspected adverse reactions considered to be serious were rare and in most cases transient, with reported event unrelated to vaccination and completely resolved.

A single dose of vaccine provides 95% efficacy and this rises to 98-99% at the second dose, as such, maintaining a high level of vaccination in each cohort would allow over time the eradication of the disease in our country.

With this objective, the new National Plan for the Elimination of Measles and Congenital Rubella (PNEMoRC) aims for the achievement, by 2023, of an incidence of<1 case / 1,000,000 population, and outlines nine targeted actions to guarantee vaccination coverage on at-risk or "difficult to reach" groups with an improvement in reporting, epidemiological investigation and surveillance of cases and outbreaks. The importance of improving the availability of scientific information to be disseminated among health professionals and among the population is also reiterated.

Gaining the trust of, and informing the citizen are key elements for the success of a Public Health program for health protection but at the same time it is necessary to have a strong political leadership that knows how to encourage the population to accept correct health policies.