New case of meningitis in Sardinia: the importance of vaccination

In the first few weeks of the new year, a new case of meningococcal meningitis caused by Meningococcus Y was recorded in Sardinia, unfortunately leading to the death of 23-year-old patient in Sassari in recent days. A tragic event which further underlines the need for preventive vaccination. 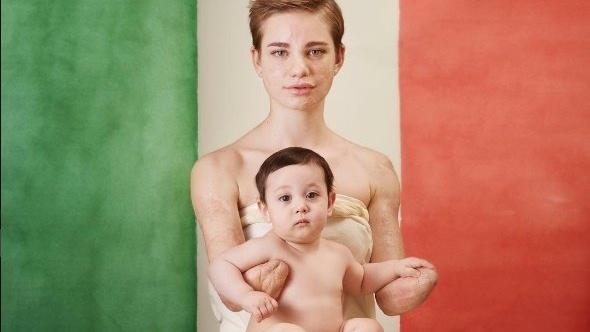 Meningococcal meningitis is an insidious and ambiguous disease as the arising symptoms are not always ascribable to the disease, which sometimes hinders a prompt diagnosis. In addition, it rapidly evolves and worsens, leaving little room for manoeuvre for doctors and healthcare professionals once the infection has occurred, as recently happened to a 23-year-old male. The diagnosis provided by the Microbiology and Virology Unit of the AOU of Sassari was immediate and precise: infectious meningitis from Neisseria meningitidis.

This was then confirmed by the Institute of Hygiene and Hospital Infection Control which, through the Unit of Molecular Epidemiology, identified serogroup Y as the cause. Antibiotic prophylaxis was also immediately administered to healthcare workers in contact with the patient and to those close to him. In such circumstances, the specificity of the information obtained through a molecular investigation is of prime importance, both in order to confirm the diagnosis of meningococcal disease and thus the consequent timely prophylaxis intervention by the competent Public Hygiene Services, and because knowing the serogroup responsible for the infection allows the Public Hygiene Services themselves to point any exposed subjects towards the correct prophylactic vaccine (Circular May 9th 2017). In fact, single vaccines against serogroup C and serogroup B vaccines, as well as multicomponent vaccines against the A-C-W135-Y serogroups are available to public health. In this specific case, the indicated prophylactic vaccine is that with the tetravalent conjugate polysaccharide vaccine A-C-W135-Y, a vaccine currently offered free-of-charge to adolescents and at-risk categories and which in the near future could replace the monovalent C administered in childhood.

Vaccinarsinsardegna.org in this circumstance wishes to inform users that health surveillance persists in a constant and widespread manner throughout the region. In fact, a region-wide network exists through which all suspected cases are reported to the Public Hygiene Services in compliance with the Circular of 9th May 2017 and the Surveillance Protocol for Invasive Bacterial Diseases of 10 October 2017 and subjected to immediate diagnostic verification by the Microbiology services of the laboratories to which the samples are sent. These provide a prompt diagnosis of species (Meningococcus) and subsequently, the Molecular Epidemiology laboratory of the AOU of Sassari by confirming the diagnosis and determining the serogroup to which it belongscompletes the necessary framework for the appropriate Public Health interventions. Furthermore, at the Health Promotion and Epidemiological Observatory Service of the Regional Department of Health, headed by Dr. Federico Argiolas, a Technical Committee of regional experts coordinates the surveillance activities cooperating with the Ministry of Health and the National Institute of Health (ISS).

The World Health Organization (WHO) describes the epidemiological situation worldwide, annually recording a number of 500 thousand new cases of meningococcal meningitis caused by serums groups A, B, C, W135 and Y, of which 50,000 are fatal. About 8-14% of the people who contract the infection die, despite the fact that the disease is diagnosed in time and appropriate treatment received. Today vaccinations represent the safest and most effective weapon with which to combat the disease and, based on the above-described, Vaccinarsinsardegna.org strongly recommends an even more conscious adherence to immunisation programs by the whole population, especially in a landscape where prevention tools such as vaccines represent an important and sometimes irreplaceable lifesaver against infection and the spread of infectious diseases.

On the "Useful information" page of this site you can find the references for the competent vaccination clinics by territory.

In preparation for World Meningitis Day on April 24th, the working group set up the Regional Vaccine Communication Campaign #iomivaccino with the aim of raising awareness and giving information and providing education to the community regarding the importance of vaccinations (as per the provisions of the PRP 2014-2018 - 9.1.3.3 of the action 3.1.3 - Implementation of an Information Campaign - for the "Development and reinforcement of vaccinations"). The working group continues to strive, with constancy and commitment , to carry out numerous initiatives aimed at citizens of all age groups, with the aim of educating and making the population aware of preventive vaccination, laying the foundation for a free but conscious choice.

Attached is the link of a thought-provoking short film ("Gli altri") prepared by the Comitato Nazionale Contro la Meningite (National Committee Against Meningitis) in which the psychological dynamics that sometimes arise in relation to the issue of vaccinations and adherence to immunisation programs are represented in an emblematic and engaging way.