The American Academy of Neurology’s (AAN) updated guidelines on immunisation and Multiple Sclerosis, recently published in "Neurology" uphold the importance of adherence to the recommended vaccination programme and ascertain the greater need for most patients with Multiple Sclerosis (MS) to undergo flu vaccination. 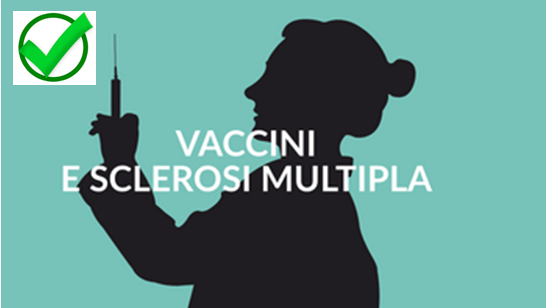 Recent guidelines from the American Academy of Neurology (AAN), published in Neurology, as an update of a previous document presented in 2002, confirm with new evidence and data the safety of the flu vaccine (as for all other vaccines) for people with Multiple Sclerosis (MS) and encourage people with this serious autoimmune disease to adhere to vaccination programmes in order to prevent infections.

When drawing up the document, a group of expert researchers first conducted a systematic review of the literature, evaluating clinical studies, cohort studies and case-control studies published from 1990 until March 2018 regarding the incidence and prevalence of vaccine-preventable diseases and the effects of vaccination on subjects with MS.

These new guidelines therefore reiterate the safety of vaccines for patients with MS in accordance to what is already laid out in the document on Contraindications to Vaccinations and thus recommend only some precautions before undergoing vaccination; among these, for example: communicate to the doctor the medications taken before the vaccine to make sure that they do not compromise its efficacy, and / or consider with your doctor the possibility of undergoing vaccination only after the period in which the clinical symptomatology has reached its maximum intensity (peak of the disease). Since MS is an autoimmune disease, in fact, the suspicion that a vaccine, which acts by triggering the immune system, can cause dangerous imbalances is legitimate although lacking a scientific foundation. Equally unfounded is the fear that vaccines may increase the risk of developing Multiple Sclerosis, a hypothesis widely disproven in several studies, the most recent of which, also published in Neurology, shows how vaccinations are in fact linked to lower probabilities of developing Multiple Sclerosis in the 5 years following prophylactic vaccination.

Among the most thorough investigations into the effects of vaccines in people with MS, a 2001 study published in the New England Journal of Medicine dedicated specifically to vaccinations against tetanus, hepatitis B and influenza (Annex 2), shows that there is no link between these vaccines and the risk of relapse.

In this context, Vaccinarsinsardegna.org, reaffirming the importance of vaccinations, in particular to preserve herd immunity and protect the health of those who cannot undertake vaccination, reminds users of the upcoming continuation of the two-year influenza vaccination campaign in view of the approaching autumn and winter seasons.

We invite everyone to continue to consult our website in order not to miss any future updates.