The spread of COVID-19 has become a humanitarian and economic crisis. The Coalition for Epidemic Preparedness and Innovations (CEPI), an international organisation whose aim is to promote the development of vaccines against microorganisms which cause new epidemics, moved quickly to coordinate with the global health authorities the numerous clinical trials to search for vaccine candidates to tackle the SARS-CoV-2 virus. In addition to discussing infection containment strategies, methods to identify those positive for COVID-19 and effective therapy studies, therefore, an important part of the scientific community is working tirelessly on the development of an effective vaccine. 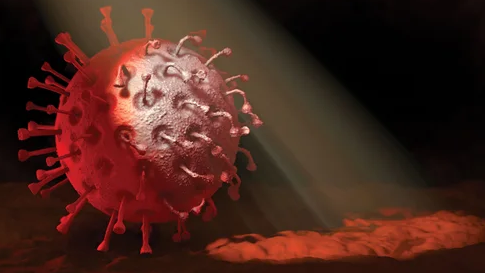 Notwithstanding the health, psychological and economic pressure exerted by the SARS-CoV-2 pandemic, despite the hope that the population places in scientific research, and although huge progress has been made in the study of COVID19, the future use of a vaccine for the prevention of this pathology must necessarily be preceded by thorough and rigorous studies.

Before including a vaccine in national and international vaccination programs, in fact, a long period of experimentation is necessary to demonstrate its safety, the tolerability of any side effects and the effectiveness of the vaccine in determining a good and lasting protective immune response.

The graphic shown in Figure 1 offers a simplified representation of all the different phases in the development of a new vaccine. In particular, the preliminary stages of research for the production of vaccine preparations take place in highly specialised laboratories, in which experiments are performed in vitro (cell cultures, enzyme immunoassays, pharmacokinetics, molecular methods etc) and in vivo (on animal models). These experiments are aimed at identifying which component of the microorganism will be able to optimally stimulate our immune system against that specific infectious disease.

The vaccine preparations may contain the microorganism against which they must stimulate the immune response in various forms: attenuated, completely inactivated, or containing only some portions of the microorganism (proteins, antigens or microbial epitopes). They can be made in different ways depending on the microbial component considered most suitable for the prevention of the disease. It is worth adding that, thanks to the advent of new genetic engineering techniques, this phase of experimentation can now also be carried out with the aid of highly innovative computerised systems, which enable us to quickly predict which components of the microorganism will be able to interact effectively with the cells of our immune system, greatly speeding up the process and reducing relative costs.

Following the pre-clinical research in which a form of the vaccine is built very similar to that which could be used in daily practice, we move on to the clinical trial which is divided into four phases. Of these, the first three are performed in the period prior to the marketing of the vaccine and the last when it is already on the market:

Each of these phases of the trial is approved and strictly controlled by national and international drug regulatory agencies and local ethics committees which independently acquire and evaluate the results of phase I, II, III studies. Furthermore, even after licensing, the new vaccine, like all new drugs, is closely monitored to detect any side effects that may not have been highlighted in the previous phases of the study (because they rarely occur, only in the long/very long term, or only in special conditions). In the post-marketing phase, it is also possible to evaluate the effectiveness of the vaccine in the in the real world.

Normally, the trial periods from the first identification of a vaccine candidate up to its marketing, last around 15-20 years, but it is clear that in a pandemic emergency it is not possible to wait so long.

How can a SARS-CoV-2 virus vaccine be fast-tracked?

Firstly, by drawing on knowledge about the virus made accessible to everyone extraordinarily quickly by the sharing of research by the international scientific community (the disease - Covid-19 - was declared on December 31, 2019 and the RNA sequence of the virus that causes it - SARS-Cov-2 - was published on 11 January 2020). Secondly, by taking advantage of the biotechnologies applied in recent years to the development of new vaccines, such as genetic engineering and the technological platforms put in place for research against other Coronaviruses such as SARS and other RNA viruses such as HIV and Ebola. Thirdly, by drawing on extraordinary public and private resources specifically invested in this sector. Last but not least, the activation by regulatory bodies, FDA and EMA, of streamlined procedures that allow for a quicker approval process.

Thanks in particular to modern innovative technologies, a few months from the sequencing of the virus and the description of its essential constituents and potential antigens, today over 100 vaccines are being tested. However, due to the as of yet incomplete knowledge of the pathogenesis of the disease and the consequent difficulties in predicting the type of immune response produced by the virus, the strategies adopted for the development of a vaccine against SARS-Cov-2 are very different from each other.

Indeed, researchers from the various research agencies and vaccine manufacturers are making use of all the different processes and expertise employed so far, and of those previously unknown, for the creation of vaccines. From the information on the ClinicalTrials.gov web portal which collects all the information relating to the various clinical trials present on the world scene once they start, it is possible to detect how the number of vaccination trials on COVID-19 is in constant evolution.

Specifically, researchers are working on 8 different types of vaccines in over 100 approved clinical trials:

2. Inactivated virus vaccines: produced using viruses rendered no longer infectious by exposure to heat or with chemicals (advantages: safety; disadvantages: uncertainty about immunogenicity and quantity of vaccine that can be produced).

3. Vaccines that use replicating viral vectors: attenuated viruses (Measles, VSV) are used as vectors of those SARS-Cov-2 antigens that trigger a protective response (such as the spike protein of the virus). The attenuated virus, in its mild infection, also stimulates a response towards the spike (advantages: safe; disadvantages: a preformed response of the host towards that vector could make the stimulation ineffective).

4. Vaccines that exploit non-replicating viral vectors: the procedure is the same as the previous ones but attenuated non-infecting viruses (Adenovirus) are used (advantages: safe, already used for the Ebola vaccine; disadvantages: a preformed response of the host towards that carrier may render stimulation ineffective).

5. Protein-based subunit vaccine: thanks to biotechnology, using the RNA sequence of the virus, proteins or protein fragments of the viral capsid are synthesised in the laboratory. Consequently, when they are then injected into the body combined with substances that enhance the immune response (adjuvants), the individual’s antibody response is triggered. (advantages: safe, technologies already widely used for other vaccines also for SARS; disadvantages: need for antigen integrity and stability and probably more than one dose).

6. Protein-based subunit vaccines in the form of virus like particles: thanks to the technologies, the proteins of the viral capsid are assembled with lipids to form similviral particles. These have the advantage of being harmless; lipids act as adjuvants and the structure is similar to the virus thereby effectively training our immune system. (advantages: safe, effective; disadvantages: difficult to generate and make stable).

7. RNA vaccines: it is an RNA sequence synthesised in the laboratory which, once encapsulated in lipids and injected into the human body, induces cells to produce a protein similar to the one the immune response is to be induced against (producing antibodies which, consequently, will be active against the virus). (advantages: potentially safe, effective; disadvantages: we have no vaccine in use which has obtained in this way).

8. DNA vaccines: the mechanism is similar to the RNA vaccine. In this case, a fragment of laboratory-synthesised DNA capable of inducing the cells to synthesise the protein encoded in the fragment and towards which (the spike) is to be induced is injected directly (cellular absorption is then favoured by an electroporation process). (advantages: potentially effective, there are studies for the HIV vaccine; disadvantages: we do not currently have any vaccine in use obtained in this way).

Of these, one in particular is yielding extremely encouraging results from the early stages of experimentation. It is a vaccine developed by researchers at the Jenner Institute of the University of Oxford in collaboration with the IRBM of Pomezia (an Italian company operating in the molecular biotechnology sector), on a sample of over 1,000 individuals and may be available as early as next autumn (October 2020).

The vaccine (constructed using a non-replicating viral vector) was produced through genetic engineering techniques. These methods involved the transfer within the adenoviral genome of the portions of RNA necessary for the production of the Coronavirus 'Spike' protein. In this way, when the vaccine is administered, the adenovirus, expressing the Spike protein, is able to trigger the production of antibodies. In vaccinated individuals, therefore, the antibodies produced against the 'Spike' protein prevent the virus that has come into contact with the human body from causing the infection.

Alongside these new specific vaccines against SARS-Cov-2, there are also immunotherapy trials, aimed at evaluating the effectiveness of the stimulation of our immune system with notoriously highly immunostimulating vaccines, such as BC, Measles and Influenza, in the prevention of secondary outcomes such as hospitalisations and deaths for Covid in those vaccinated with these vaccines.

Within this context, Vaccinarsinsardegna.org, wishes to highlight once again the importance of vaccination which over the years has not only proved to be a powerful weapon available to science for the prevention of infectious diseases, but today, in the serious state of difficulty in which Public Health, due to a pandemic that continues to claim many victims, has become a global priority.

The many efforts deployed by researchers around the world, the knowledge acquired in the field of immunology and virology, the timely sharing of data and information, the experience gained in the development of vaccines for other infectious diseases and the availability of powerful new technologies, alongside the history of vaccination in which modern vaccinology has its origins, have made it possible to set up numerous potential vaccines against SARS-CoV-2 in record time, giving a new impetus to research and greater confidence in the future for citizens.

Stay connected to our site so as not to miss future updates.

by Paolo Castiglia* and Antonella Arghittu**