The African Region has been certified free of wild polio.

An important goal was achieved on 25 August 2020, when the World Health Organization announced that the transmission of wild polio has been officially stopped in all 47 countries of the African Region. At the dawn of the 32nd anniversary of the Global Polio Eradication Initiative - GPEI, set up in 1988 from the joint action of its 5 partners: World Health Organization, Unicef, U.S. Centers for Disease Control and Prevention (CDC), Rotary International and the Bill and Melinda Gates Foundation, in order to promote the definitive eradication of poliovirus strains. This historic and encouraging achievement is proof of the strong commitment, coordination and perseverance that the Public Health Department places in protecting and safeguarding global health. 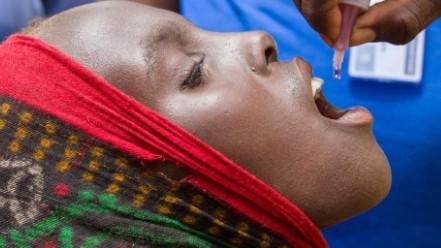 Since the World Health Organization (WHO) set itself the goal of eradicating the polio virus in 1988, considerable progress has been made; including a historic milestone in the battle against this crippling infectious disease, ie the eradication of the wild poliovirus from the African Region. The certification came from the Africa Regional Certification Commission (ARCC) which, on behalf of the WHO, has carried out in-depth field audits through: the analysis of surveillance documentation; the verification of vaccination certificates registered in the countries of the African Region and the capacities of the reference laboratories identified in Cameroon, Central African Republic, Nigeria and South Sudan. These verifications confirmed the absence of new cases of polio caused by the wild virusin the African region, following those recorded in the northern Nigerian state of Borno in August 2016.

The national conflicts, together with the objective difficulties encountered by the operators in reaching the native populations, had hindered the efforts made to immunise children directly on the spot; nevertheless, in June, Nigeria (4 years after the last notified case) was also declared free of the disease. The occasion to present the data came at the virtual meeting between Health Ministers and representatives of African countries for the 70th session of the WHO Regional Committee for Africa. An annual meeting, held for the first time by videoconference due to the current pandemic, which gave space to the discussion of policies, activities and financial plans aimed at improving and safeguarding health, advocacy activities, health education, targeted communication and counselling, with the ultimate aim of increasing vaccination coverage by spreading the importance of immunisation among the population, policy makers and the media. This extraordinary enterprise has involved millions of health workers who, travelling on foot, by boat, bus and any means of transport available, overcoming conflicts, difficulties and uncertainties and fighting fatigue, hostilities and internal struggles, have risked their own safety to vaccinate children throughout Africa.

Since there are no drugs that can cure this disease, the only way to defend against it is through vaccination. Since 1996, thanks to the eradication campaign, 9 billion doses of oral vaccine have been distributed, 1.8 million child paralysis has been avoided and 180,000 lives have been saved.

Now, as the WHO points out, it is vital that countries continue to be vigilant and avoid inattention: if vaccine prevention is neglected, the wild polio virus could return and spread rapidly.

Poliomyelitis caused by the wild virus is still endemic in Afghanistan and Pakistan, and the persistence of epidemic outbreaks, even if located in geographically limited areas, is a risk to the population as a whole, a risk greatly amplified by international flows and population movement, whether for family, social, economic or cultural reasons or in the context of displaced populations and refugee return. Of relevance in this context are the cases of polio that have appeared in the Philippines due to inadequate vaccination coverage, almost 20 years after the World Health Organization declared the Asian country "polio free". However, the policies and design of surveillance activities and strategies put in place to maintain the Polio- free state continue to persevere steadfastly to achieve global poliovirus eradication.

In this context, it is necessary to underline the continued generosity and shared commitment of donors whose contribution has enabled the African region to achieve this extraordinary result.

Over the past two decades, countless Rotary members from countries in the African region and around the world have worked together to raise funds,immunise children, advocate with national and local government authorities, and raise public awareness of the importance of vaccination, enabling the Global Polio Eradication Initiative (GPEI) to respond effectively to and stop polio outbreaks.

The success of the WHO's African region against wild polio, within the context of discouragement and bitterness that underlies this delicate and historic moment marked by the Covid19 pandemic, has shown the world that progress in science and vaccine prevention, tangible and real, can succeed in hindering and defeating the greatest global health challenges.

In this context, Vaccinarsinsardegna.org calls for the conscious adherence to routine vaccinations and boosters scheduled, including vaccination against poliomyelitis. In this regard, it should be noted that the schedule for the anti-polio vaccine in Italy provides for the administration of 3 doses of inactivated polio vaccine (IPV) during the first year of life, with two further boosters in the 6th and between the 12th and 18th year of life.

We invite users to stay connected to our site so as not to miss the next updates.