Every year from 18 to 24 November, World Antimicrobial Awareness Week (WAAW) is celebrated. Through initiatives spread across the global health landscape, it aims to raise awareness of the problem of antimicrobial resistance (AMR) and encourage best practices in antibiotic use among the general population, health professionals and policy makers, with the ultimate goal of preventing the further emergence and spread of drug-resistant infections. AMR Week 2022 kicks off with the slogan 'Preventing Antimicrobial Resistance Together'. 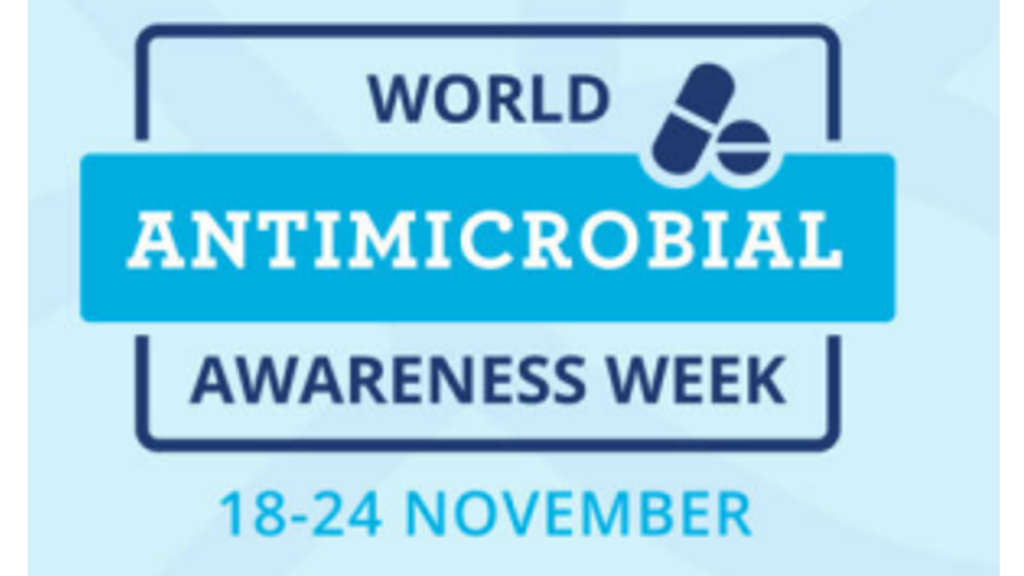 Antimicrobial resistance arises as a natural manifestation of a biological event whereby certain micro-organisms acquire the ability to survive or grow in the presence of a substance with antimicrobial activity that is generally sufficient to inhibit or kill micro-organisms of the same species.

This phenomenon may be intrinsic to a certain microbial species as opposed to others, it may derive from spontaneous mutations of certain micro-organisms and it may be transferred from these to others. In any case, in the presence of the antimicrobial to which resistance was pre-existing or acquired, resistant micro-organisms possess a selective advantage over all the others, thus being able to multiply, prevail, cause damage to the host and lead to the manifestation of disease that becomes difficult or impossible to treat with the available drugs. Many antibiotics, for example, have become partially or completely ineffective, making advanced medical procedures (e.g. cancer chemotherapies, organ transplants, hip replacements) risky. In Europe, an estimated 25,000 deaths per year are due to infections with antibiotic-resistant bacteria and it is estimated that, by 2050, if this phenomenon is not contained, deaths due to infections with multi-resistant microorganisms will rank among the leading causes of death.

Italy is one of the European countries with the highest levels of AMR, above the European average, and with an elevated consumption of antibiotics (5th place, ECDC ESAC-Net data). Most of these infections are exacerbated by: (i) high mortality (up to 30%), (ii) the ability to spread rapidly in healthcare facilities, causing intra- and inter-hospital epidemics, and (iii) the possibility of endemisation.

"The issue of antimicrobial resistance," emphasises Prof Castiglia, Regional Contact for Antimicrobial Resistance in Human Medicine, "has reached such proportions as to represent a priority problem for Public Health, which is why the dissemination of knowledge and correct information is an essential prerequisite for raising awareness of the most conscious and appropriate use of these drugs. The European Day and World Antimicrobial Resistance Week are an opportunity to boost the drive towards the appropriate use of these drugs'.

In this context, the involvement of all specialists working in the field (doctors and other health professionals, veterinarians, pharmacists and scientific societies) and of citizens whose awareness and education on the subject can help to preserve the efficacy of these drugs over time is essential. Indeed, while misconceptions, attitudes, habits and behaviour regarding the prescription and use of antimicrobials strongly influence their consumption, the numerous gaps in public perception of the problem fuel confusion and the knowledge deficit around the issue. Given the importance of this major public health problem, the Region of Sardinia has launched an important initiative, included in the Regional Prevention Plan 2020-2025 and entrusted for its implementation to the Hygiene and Hospital Infection Control Unit of the AOU of Sassari. This important and ambitious project envisaged the publication of a web portal entirely dedicated to antimicrobial resistance within the next two years. The portal will consist of an intranet section dedicated to Health Professionals (Protocols, circulars, reports and a repository of all useful material, catalogued by territorial area of reference), a macro-area dedicated to the School, and a communication macro-area specifically addressed to the general population (News, events, updates, in-depth information and initiatives in the area). In particular, the section dedicated to health professionals will provide the possibility of sharing specific case reports and/or protocols (Community of practice) among colleagues, so as to enable information sharing (forum) and easier accessibility to the procedures applied in the various Health Areas and Districts distributed throughout the region.

"Research shows that preventive health interventions accompanied by well-structured communication campaigns produce real positive changes or prevent negative changes regarding the health behaviour of a wide range of the population," remarks Dr Antonella Arghittu, UNISS Hygiene Researcher and Regional Referent for information and communication on AMR in Northern Sardinia  "therefore, the role of the health professional in health communication becomes of crucial importance in the interaction with the general public, in particular with people with low socio-economic status who often are at risk when it comes to Health Literacy. In this context, the empowerment of health professionals, but also of users, can be a viable way of achieving satisfactory results in the fight against the misuse of antibiotics and in the prevention of infections as an indispensable intervention in health care and in everyday life'.

In addition, to celebrate the day and the beginning of AMR week, today, 18 November, a morning meeting was organised directly with service users of the Sassari AOU, aimed at raising awareness among all citizens about such an important problem in the global health scenario. Appropriate information points were set up at the entrances to the hospital wards (Palazzo Clemente, Santissima Annunziata and the Vaccine Hub), where health workers were available to provide clarification and information on the phenomenon and distribute the brochure prepared by the Hygiene Information Specialists of Sassari University, shared with the Communication Referents of the South Sardinia area and approved by the RAS - Autonomous Region of Sardinia. Over 500 posters were distributed during the meeting with citizens, which began at 8.30 a.m. and ended at 12 noon.

In collaboration with the Hygiene and Control of Hospital Infections Unit and the School of Specialisation in Hygiene and Preventive Medicine of the University of Sassari, Vaccinarsinsardegna.org was also present to support professionals and citizens by calling for careful reflection on the importance of this issue and how vaccinations are an important weapon of prevention.

One of the preventive actions, alongside the correct use of antimicrobials in both humans and animals, necessarily includes vaccinoprophylaxis, thanks to which it is now possible to prevent both viral infections, by decreasing the inappropriate administration of antibiotics, and diseases caused by bacteria, and this even if they are multi-drug-resistant (MDR) micro-organisms, against which antibiotics have no efficacy. Vaccines, moreover, on the basis of their extraordinary ability to prevent infectious diseases, reduce the number of carriers by indirectly protecting from infection even those who cannot undergo vaccination (herd immunity); moreover, the combined use of certain vaccinations, by reducing the total number of infections by a certain bacterial strain (acting on both susceptible and non-susceptible bacteria) or bacterial groups, can moderate the need to subject certain individuals to antibiotic treatment: vaccine control, for example, of bacterial meningitis in childhood (pneumococcus, Haemophilus, meningococcus) reduces the use of antibiotics as paediatricians are aware that, in the case of fever and other general symptoms, they are dealing with an infection of viral origin and not of bacterial origin, and therefore there is no need for antibiotics.

Particularly in this seasonal period, by preventing viral infections such as influenza, they are able to combat AMR by greatly reducing the number of cases of illness with viral aetiology that will occur at the seasonal peak, thus avoiding the administration of inappropriate or necessary antibiotic therapies to treat bacterial over-infections.

Vaccinarsinsardegna.org, reiterating even more firmly the importance of conscious adherence to the recommended public health measures, invites all users to stay connected to our site so as not to miss future updates.