The continued spread of existing polio outbreaks, as well as the emergence of new outbreaks of cVDPV2 (circulating vaccine-derived poliovirus type 2), points to serious gaps in routine polio vaccination coverage, many of which are driven by the ongoing COVID-19 pandemic. At its February 2021 meeting, the Emergency Committee under the International Health Regulations (2005) on the International Spread of Poliovirus expressed concern about the continued rapid spread of cVDPV2. Specifically, the Emergency Committee emphasises the fact that, due to the high risk of cVDPV2 spreading internationally, mass vaccination strategies are necessary in the short term in order to: restore adequate vaccination coverage, strengthen surveillance of cases of AFP(Acute flaccid paralysis), and plan environmental surveillance activities to promptly detect the importation any new virus and facilitate a rapid response to reduce this risk. 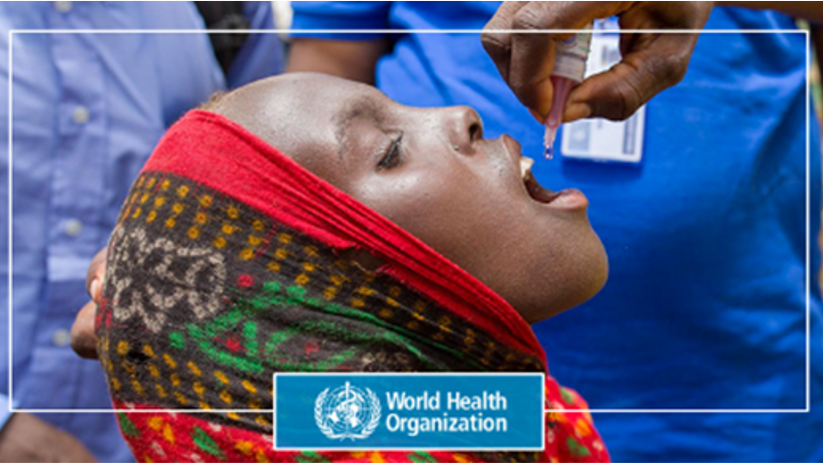 Poliomyelitis is an extremely contagious acute infectious disease caused by viruses belonging to the Enterovirus genus, which concern the nervous system affecting the neural cells and inducing a paralysis that, in severe cases, can be fatal.

Poliovirus infects only humans and the contagion occurs via the faeco-oral route, through the ingestion of contaminated water or food, or through saliva and droplets emitted by coughing and sneezing by sick people or healthy carriers. In fact, human cells are equipped with specific protein receptors to which polioviruses can adhere and then penetrate and destroy them.

Regardless of the mode of transmission, therefore, poliovirus penetrates the body through the mouth and multiplies in the oropharynx, tonsils, lymph nodes of the neck and gastrointestinal tract (small intestine); once the infection is established, it can reach the central nervous system through the blood-brain barrier, through the bloodstream or through nerve fibres.

Viral multiplication destroys motor neurons which, by not regenerating, lead to the functional inability of the affected muscles, although in some rare cases it is possible to fully recover muscle function.

Since there are no drugs that can cure this disease, the only way to defend against it is through preventive vaccination, which induces a protective immunity (serotype-specific) linked both to the presence of circulating antibodies in the blood and to the production of secretory antibodies present in the intestine and in the upper respiratory tract.

To date, there are two vaccines used in polio prevention worldwide:

Both the first and the second vaccine protect against the disease, but are administered in different ways and offer different extents of protection from infection.

Therefore, in subjects immunised against polio with IPV vaccination, the wild virus, while not causing the disease to manifest, is still capable of causing infection, replicating in the intestinal cells and eliminated in the faeces.

For these reasons, IPV is strongly recommended in the most developed countries where, thanks to previous vaccination campaigns carried out using OPV, a polio-free status has been achieved and, thanks to good sanitation levels, the possibility of faeco-oral contamination in the population is relatively low if the wild virus were to be reintroduced by carriers.

In those who receive the OPV, which contains live and weakened polio viruses and is administered orally, the vaccine viruses multiply initially in the intestine and then trigger the formation of antibodies in the blood, and in a later stage also in the intestine. In this way, the vaccinated person is not only protected from the disease because he/she will form antibodies in the blood, but they are also protected from future infections due to the antibodies secreted in the intestine. However, in the first weeks after vaccination, the vaccinated person may release the attenuated version of the virus (VDPV) through the faeces. Thus, there is a chance that it may come into contact with unvaccinated people, for example through contaminated water due to poor hygienic conditions, and then spread in the form of circulating vaccine-derived poliovirus (cVDPV). The more the virus circulates, the greater the probability that it loses those mutations that had characterised its attenuation as a vaccine, thus reverting in time to the characteristics of wild virus. It is therefore important when OPV is used that all people in that population group are vaccinated. In short, even if the virus is excreted via faeces in the weeks following vaccination, the virus of the oral vaccine in its weakened form (Sabin-like) is still harmless and will allow other people in contact with vaccinated subjects to become immunised in turn, or to boost immunity in those who had already been vaccinated. It is, however, necessary to prevent excessive circulation by ensuring a widespread vaccination coverage.

Thus, since immunisation with OPV also protects against infection, it is the only one capable of achieving eradication. In addition, it is much less expensive than the other type, it does not require the presence of medical personnel to carry out injections, and it has therefore been widely used in poorer and developing countries. It has, therefore, played an important role in reducing cases of poliomyelitis in recent decades, despite having had some negative effects: in fact, where it has been used in an erratic manner with the interruption of vaccination campaigns, as in the case of wars, the attenuated virus has been able to circulate among the unvaccinated, thus undergoing mutations until it assumed a form similar to that of the true wild virus, which can cause severe forms of paralysis. For this reason, the maintenance of adequate levels of vaccination coverage is essential to prevent the circulation of the virus and thus achieve the objective of eradication.

Since 1996, thanks to the eradication campaign, 9 billion doses of oral vaccine have been distributed, preventing 1.8 million infantile paralysis and saving 180,000 lives. Now, as the World Health Organization stresses, it is essential that countries continue to be vigilant and avoid letting their guard down: if vaccine prevention is neglected, the wild polio virus could return and spread rapidly throughout the country.

In this regard, in the current pandemic context in which Public Health has had to deal not only with the serious consequences related to the SARS-CoV-2 infection, but also with those related to the possible re-emergence of other vaccine-preventable infectious diseases, the vaccination coverage of children, adolescents and adults in many countries of the world has undergone a dramatic decline.

This downward trend has also affected polio vaccination exposing the entire world to a very high risk of the emergence and/or international spread of cVDPV2 due to low population immunity against poliovirus type 2 (PV2) and low vaccination coverage with IPV.

In 2020, 959 human cases from circulating vaccine-derived poliovirus type 2 (cVDPV2) and 411 cVDPV2-positive environmental samples were reported globally from 27 countries, including 21 from the African region and 6 from the Eastern Mediterranean, European, and Western Pacific regions.

For this reason, the Global Polio Eradication Initiative (GPEI) developed the "Strategy for the Response to cVDPV2 2020-2021" (https://polioeradication.org/wp-content/uploads/2021/03/GPEI-cVDPV2-nOPV2-Factsheet-20210312-EN.pdf) to more effectively address the evolving epidemiology of cVDPV2, including through the launch of a new oral polio type 2 vaccine (nOPV2). This strategy is in line with the decision of the Executive Committee of February 7, 2020 (https://www.who.int/news/item/07-01-2020-statement-o-the-twenty-third-ihr-emergency-committee-regarding-the-international-spread-of-poliovirus), which also called for the mobilisation of national financial resources to complement international financial and policy commitments, to address the cVDPV2 emergency. In this regard, it should be noted that Italy has been considered at low to moderate risk of reintroduction of polio and has prepared a special Response Plan to its possible reappearance published on our site at https://www.vaccinarsinsardegna.org/en/notizie/2019/07/poliomielite-piano-nazionale-di-preparazione-a-una-epidemia.

Given the aforementioned, Vaccinarsinsardegna.org calls users to consciously adhere to the scheduled vaccinations and boosters, which obviously polio vaccination. The polio vaccine schedule in Italy provides for the administration of 3 doses of the inactivated vaccine (IPV) during the first year of life, with two additional booster shots at the 6th and between the 12th and 18th year of life. Achieving and maintaining the national polio vaccination coverage objective, including the fifth dose of dTpa/IPV in the adolescent cohort (12th to 18th year) represents an opportunity for protection against wild poliovirus.

Since the dTaP/IPV vaccine can be co-administered (at different injection sites) with other vaccines, healthcare providers are reminded to offer to catch up missed and/or specifically recommended vaccinations, especially to adolescents.

It is essential to maintain high polio vaccination coverage not only in the general public but also within the so-called "vulnerable" or "hard to reach" groups. These include immigrants, refugees, different ethnic groups of nomadic populations (Roma, Sinti) and the homeless, in order to avoid the creation of "pockets" of unvaccinated or incompletely vaccinated subjects in the population. Adults who are uncertain of having completed the primary vaccination series with vaccines against diphtheria and tetanus anatoxin, pertussis, and polio may begin or complete the primary vaccination series with the dTpa/IPV vaccine.

In particular, in the current health context in which vaccination campaigns take on a decisive role to put an end to a Pandemic, and following long periods of lockdown that have caused a decline in coverage for all vaccinations, especially among adolescents, an important reflection can be made: to protect an asset as precious as our health, and to prevent previously controlled diseases resurfacing, adequate levels of vaccination coverage for all existing vaccinations, not only against Coronavirus, cannot and should not be neglected.